John Riggs has a knack for nostalgia with everything from classic breakfast cereal of our Saturday mornings to video games and all points in between. His YouTube channel shows his love for classic games (especially NES), ranking them, and finding the most obscure and underrated games for all consoles. He has also been known to hack NES games and fix a game or two with 'open cart surgery'. This guest is sponsored by The Retro Fix 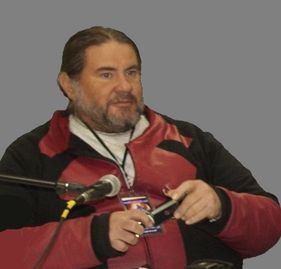 ​Joey Ferris is a content creator currently working for the popular YouTube channel GameXplain where he makes in-depth videos and analyses on Nintendo games, specializing in the likes of Metroid and Zelda. In the past, he's worked with the YouTube Channel Commonwealth Realm and wrote for websites Nuke the Fridge and Nerd Reactor. WARNING: If you bring up Metroid around him, he WILL talk to you about it for hours. 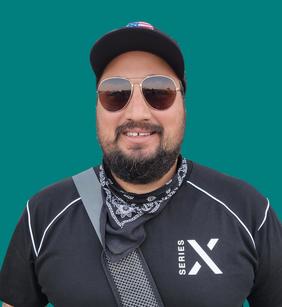 ​​​Tim Kitzrow is the iconic voice of your favorite sports franchises -- NBA Jam, NFL Blitz, NHL Hitz and MLB Slugfest -- and over a dozen classic pinball games. With NBA JAM, Kitzrow introduced BOOMSHAKALAKA to the NBA lexicon and earned pop culture immortality. He has appeared on television and radio with ESPN and FoxSports; worked with marquee NBA franchises and launched games with EA Sports, Acclaim, Bally and Midway. His latest game, Mutant Football League, released in 2018, is garnering acclaim as a fan and industry favorite. Kitzrow is the only talent in gaming to voice all four major sports leagues, the NBA, NFL, MLB, and NHL, as well as the NCAA. 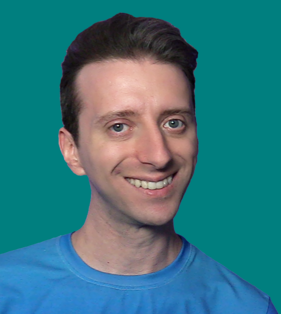 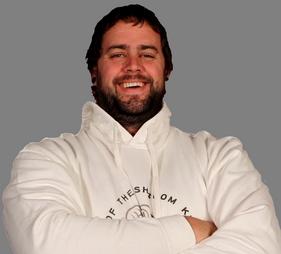 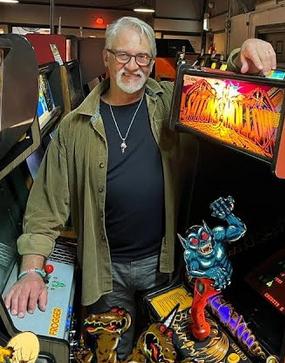 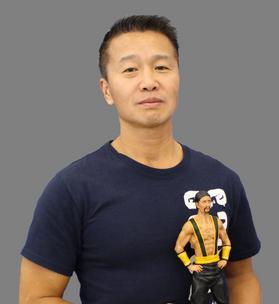 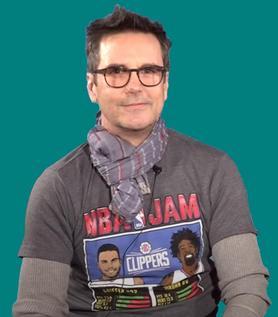 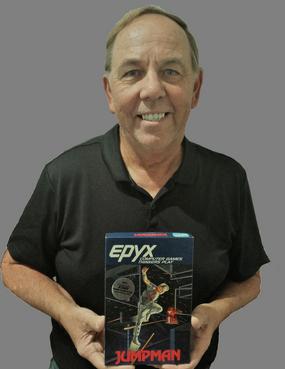 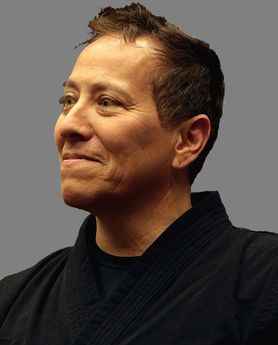 Gabbo the Giver is a member of the Pixel Game Squad and frequently appears on The NES Pursuit on YouTube. He loves to collect and hunt for retro games and has lots of fun while hunting. Gabbo has also recently started his own YouTube channel where he posts videos of himself interacting with the retro community and just having a good time playing video games.

​​ProJared has been a longtime YouTube retro game reviewer with an affinity for all things RPG. He is currently covering every Final Fantasy game alongside some nostalgic oddities from DOS to GameCube. He is also the host of "Now in the 90s", a historical look at the game releases of exactly 30 years ago every single week. He's appeared in commercials for Final Fantasy XV: New Empire and has had cameo appearances on Nickelodeon television. 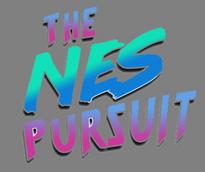 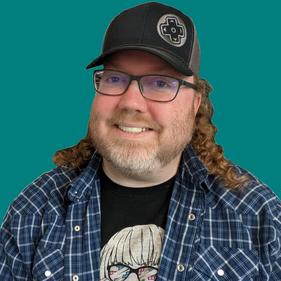 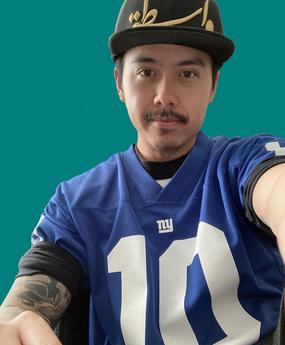 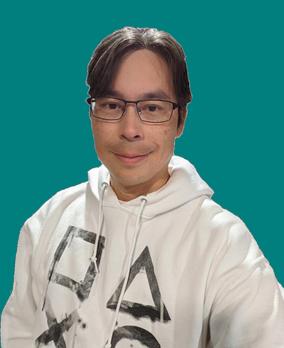 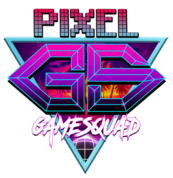 ​​​Randy Glover is a video game programmer and designer from the 1980’s who is most well-known for creating the 1983 hit “Jumpman” for Atari Computers, Commodore 64, and IBM/PC. While working for Epyx Games, Randy also created “Jumpman Junior” and “Lunar Outpost” and helped with programming and audio on “Summer Games” and “Summer Games II”. 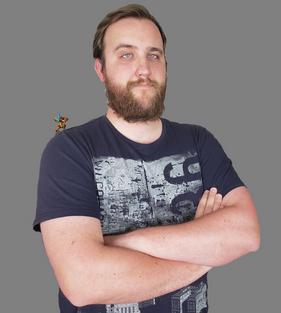 GameDad is a Content Creator who loves collecting and playing games. On his YouTube channel you will find Console Repairs & Mods, Game Reviews, Pickups Videos, Unboxings and more. With a focus on all things retro & modern, this channel features a little bit of everything gaming and tech related.

​​​Phillip Ahn is an accomplished family physician and lifelong martial artist who holds a 7th degree black belt in Tae Kwon Do and is a Taekwondo Master Instructor. He is most well-known for his portrayal of the main villain, Shang Tsung in Mortal Kombat II. He is also the author of "Mortal Doctor", a book that chronologically narrates his life as a doctor and experiences as a martial artist and his experiences filming Shang Tsung for Mortal Kombat II. 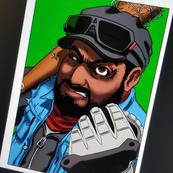 ​​​​​Paul E. Niemeyer’s game art career began at Bally/Midway in 1982, where he did art on games including Tapper, Pac-Man Plus, Super Pac-Man, Professor Pac-Man, TRON, Satan’s Hollow, Spy Hunter, WACKO, and Midnight Marauders, as well as dozens of prototype games. In 1984, he went freelance and worked on games like Time Killers, Aeroboto, Star Guards, and Demolition Man pinball. However, his illustration work for the Mortal Kombat arcade cabinet and logo is perhaps some of his most revered work in pop culture history! Paul has also worked on movie properties like Jurassic Park II, the Little Mermaid, Men in Black, Star Trek 5, Star Wars: the Phantom Menace, and Pirates of the Caribbean. More recently, Paul sculpted parts for American Pinball’s Legends of Valhalla, has done a few Nintendo Switch slip covers for Premium Edition Games, and is still working on future gaming projects.

Russell Barba worked in the video game industry during the early 90's as a computer artist, game animator, and game clean-up artist. He worked on “Harley’s Humongous Adventure”, “Taz-Mania”, and “We’re Back – A Dinosaur Story” for the Super Nintendo, and “Dominus” on the PC. He also worked for “Sega of America” and while there he did work on “Wild Woody” and “Jurassic Park” for the Sega CD.

​Daniel Pesina is an American martial arts expert and a former freelance employee of Midway. He started his work as an extra in martial arts films, appearing as one of Shredder's foot soldiers in the 1991 film Teenage Mutant Ninja Turtles II: The Secret of the Ooze. Daniel Pesina was brought into Midway to work in a fighting game featuring digitized characters, 1992's Mortal Kombat, where he played Johnny Cage and ninja characters Scorpion, Sub-Zero and Reptile, and served as a martial arts coordinator for the game. In Mortal Kombat II he reprised his roles from the previous game, also playing the roles of Smoke, and Noob Saibot.

Scott Zillner is a Professional Toy Prototype Artist and Prop Maker who has done work for just about every major toy company in the business for over a decade! He was a featured guest on Mark Hamill's "Pop Culture Quest" and the Netflix Series "The Toys That Made Us" Season 3. Scott has also had appearances on “Collection Intervention”, “Storage Wars”, and “Pawn Stars”. He has done the paint designs for many of the action figures you collected over the years. Some of his most notable work includes painting the prop toys seen in the movie Tron Legacy, along with creating and painting Disney's Mindstyle "Tron Stitch". He has also worked on the paint designs for Disney Infinity figures, World of Nintendo Figures, Star Wars Lego Statues, Dragonball Z figures, Halo Statues, an extensive line of WWE and UFC figures, plus so much more! 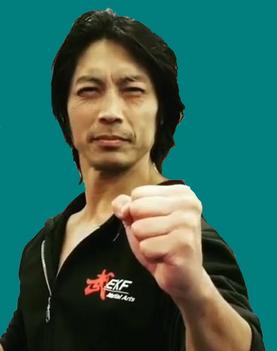 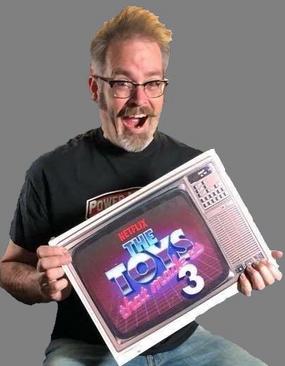